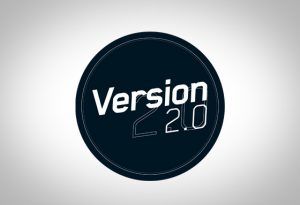 What happens if you need to make changes to your API?

If you’re making additions to the API – e.g., adding services or adding fields to your services – you likely don’t need to do anything more to notify users than to tell them about the changes.

But what happens if you need to make a change that will affect users?

Such changes as these impact your existing users. At times like these, you need to create a new version of your API.

But how do you do that?

One method for indicating versioning is via the URI, typically via a path prefix:

Some APIs will provide the version via a query string parameter:

Providing the version in the URI enables visual identification of the version being requested.

However, it breaks one of the fundamental ideas behind REST: one resource, one URI. If you version your URIs, you’re providing multiple URIs to the same resource.

Additionally, if you don’t plan for versioning from the outset, it means that the first version of your API does not contain versioning information – but every subsequent version will.

Is there a better way?

Media type versioning provides the ability to use the same URI for multiple versions of an API, by specifying the version as part of the Accept media type.

The Accept header can provide versioning in two different ways:

Many REST advocates prefer media type versioning as it solves the “one resource, one URI” problem cleanly, and allows adding versioning support after-the-fact. The primary argument against it is the fact that the version is not visible when looking at the URI.

The above two versioning types are the most common; however, other types exist:

What About the Code?

If you’re offering different versions of your API, likely the code will differ somewhat, too, regardless of whether or not it accesses the same data source. How do you manage running multiple, parallel versions of the code behind the API?

This is a situation where version control does not necessarily help you here. While you should definitely track your code in version control, you will still need parallel versions of the code to execute.

You can solves this by using versioned namespaces. Each time you create a new version of your API, all code is cloned into a new PHP namespace that includes the API version.

If you are only growing your API, adding services and fields, you may be able to get away without versioning. However, for most long-lived APIs, versioning is typically inevitable.

Best practice is implementing versioning immediately upon creation of an API, via both URI and media type, ensuring future expandability of your API.